I’ll admit I have never formed a daily writing habit. I’ve made several attempts at Nanowrimo. The first time, I thought I was going to write my first published #scifi book, Stupid Humans, in the month of November. I started in November of 2012, and I finished in November…of 2014. Whatever, they didn’t say what year it had to be.

Admittedly, my 176,000+ word first draft was way longer than the 50,000 words required to complete Nanowrimo. Still, I didn’t work on it daily, even during November of 2012. I did work on it several days in a row, then I burned out and wrote maybe every couple days for the rest of the month. 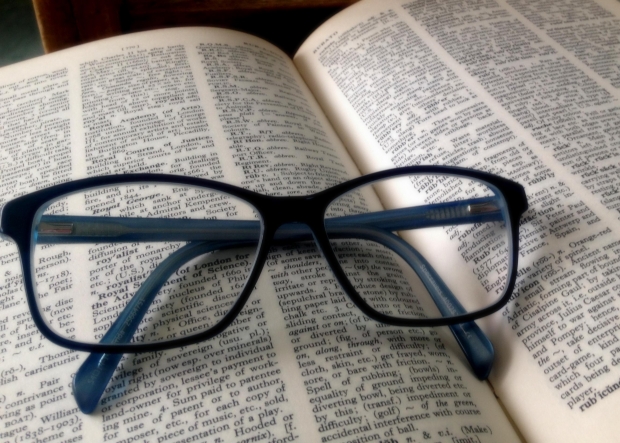 After November ended, I got even lazier and less motivated. I wrote a couple chapters every couple months, then forgot about it for a couple more months. In November of 2012, the store I worked in closed, and I decided to take the opportunity to finish my book while I had the time, so I finally did. I should have used Nanowrimo as an opportunity to develop a daily writing habit, but unfortunately, I didn’t.

After that, I spent a couple years writing two more manuscripts, at one point writing a political satire in three months after losing yet another job (this time to a ten-dollar-an-hour-no-benefits intern). After writing and publishing that one under another pen name, I went back to writing #scifi, slowly working my way through another novel, about a guy who invents a pill to make people more trusting. Then I spent a lot of time writing blog posts, doing interviews, and generally avoiding doing very much writing.

I did manage to write about a chapter a week of a parallel universe book last year, and got to about 35,000 words—maybe a halfway point. Then I got the idea that I wanted to make Stupid Humans a series. So I ended up shelving the parallel universe story, which I will come back to at some point, and starting on the second Stupid Humans book for Nanowrimo of last year.

I’ll confess, I cheated. I started writing in October and still didn’t finish in November. I did finish in December, by continuing to write daily. Okay, most days. Nobody’s perfect.

So I finished the second book and started on the third. I considered making writing 1,000 words a day my New Year’s resolution for 2018 (although I usually refuse to make resolutions because I kind of like myself just the way I am). Anyway, I made an exception and decided on an unofficial resolution to try to write 1,000 words a day most days. If I did that, I could write 365,000 words a year! That’s like four books if I don’t go over 100K on any of them and one is only 65K.

Developing a Writing Habit That Works For Me

Okay, that may have been overreaching a bit. A week in, I’d written on maybe two days. I blamed it on editing the second book, and the trust pill book. Or on having to do writing for freelance clients, like press releases and ad copy. (At one point, I saved a client from who knows how many lawsuits by ensuring his brochures didn’t actually say yoga classes could cure diabetes.) But, I did not manage to write 1,000 words a day of my own stuff.

I gave myself a week off to try to finish editing the second book, finally finished, and decided to start over. I did better with that, and have managed to write most days since then. I missed some Saturdays. I didn’t manage a thousand words every day—some were only 500. I decided writing SOMETHING every day was better than writing nothing. I took another week off last week to finish editing the trust pill book, something I expected to be done by now. Unfortunately, when I went back to the beginning and started rereading it, I realized I hated the first fifth of the book and it needed serious surgery, including a couple complete chapterectomies. I’m not sure why I didn’t fix this stuff before—maybe being away from the manuscript for months gave me perspective and allowed me to grow as a writer. Or maybe I got Hemingway’s famous advice about “Write drunk, edit sober,” backwards. At any rate, I took some time to fix that manuscript up, then got back to writing.

It was easier than I thought. I wrote 1,000 words today, and yesterday, and I plan to tomorrow as well. The biggest thing that has helped me keep this up is starting as soon as I get off the treadmill in the morning. I toss around story ideas in my head while I run, and I figure I’m never going to have better blood flow to my brain than during and right after a workout, so that’s what I do. After I get out of the shower, I make a vegan protein shake with Sunwarrior protein powder and peanut butter, take some active B vitamins that are supposed to have a nootropic effect (although that’s probably bullshit, I like to think it makes my brain work better), and sit down to write.

But the most important thing I do for my daily writing habit is I force myself to write something before I do anything else—check my email, go on Facebook, etc. That way I write a thousand words before I get into an argument about whether Star Wars or Star Trek is better (Star Trek all the way!). Sure, I still waste time arguing with people on social media (probably more than I should), but at least I got some writing done first, right?

I also remind myself that it’s okay if I don’t have any good ideas for what to write next. One of the best things you can do as a writer is give yourself permission to write something that’s not perfect. If I don’t have a good idea, I write my best bad idea and hope I think of something better. Usually, I do, and I can go back and delete the crap I wrote before it. I guess I could amend Hemingway’s famous advice by saying write drunk, or at least without inhibition, and edit sober, or at least with a very critical eye.

How did you develop a daily writing habit?

V. R. Craft is the author of Stupid Humans, the first in a #scifi series that asks the question, “What if all the intelligent humans ran away from Earth—and we’re what’s left?”

11 thoughts on “How to Develop a Writing Habit”

V.R. Craft always heard you should write about what you know, so she decided to write a book called Stupid Humans, drawing on her previous experience working in retail and her subsequent desire to get away from planet Earth. She has also worked in marketing, advertising, and public relations, where she found even more material for Stupid Humans. Now self-employed, she enjoys the contact sport of shopping at clearance sales, slamming on the brakes for yard sale signs, and wasting time on social media, where she finds inspiration for a sequel to Stupid Humans every day.
Loading Comments...
%d bloggers like this: